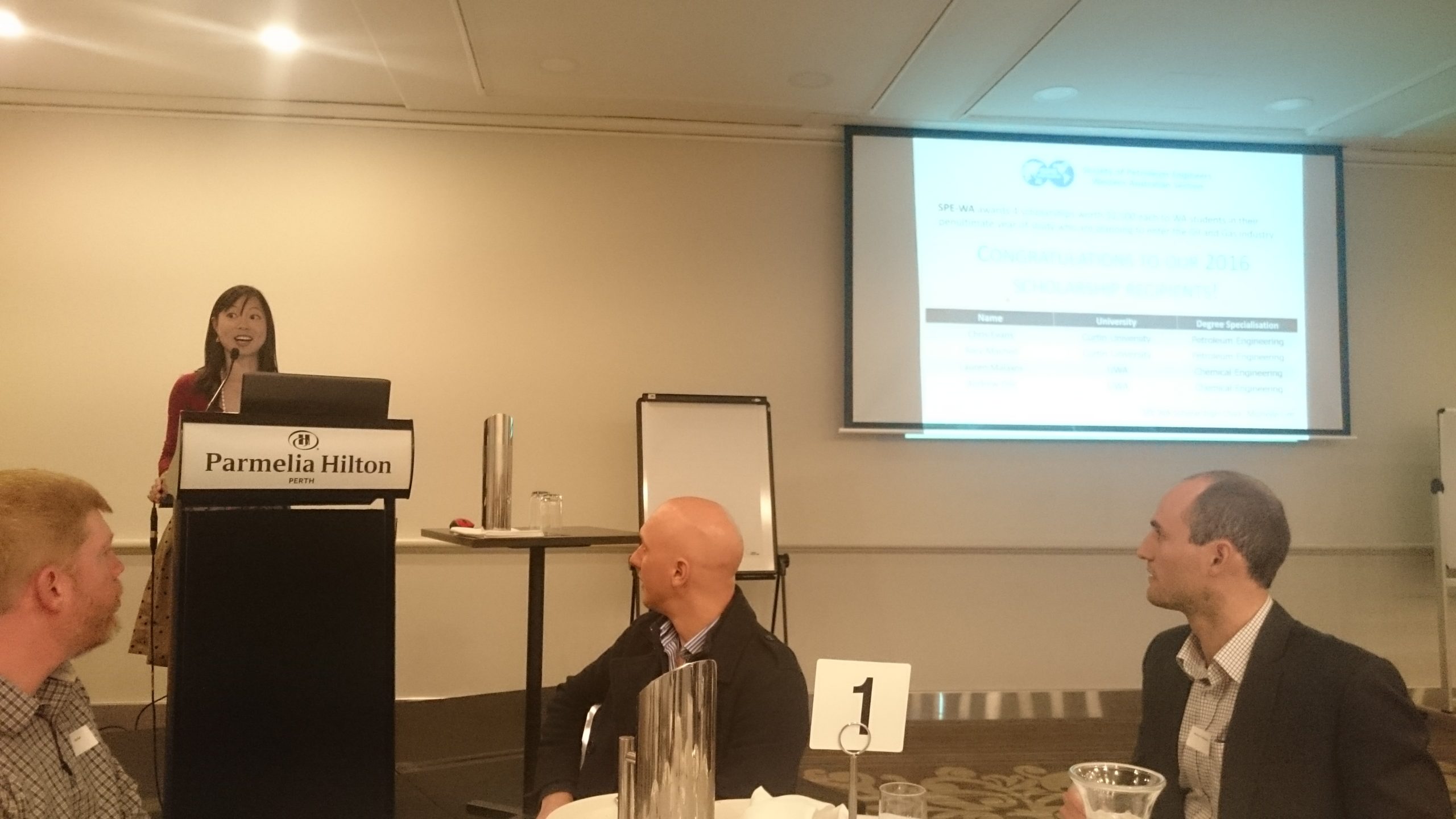 The Western Australian SPE section recently held its Annual General Meeting (AGM) on Thursday 14th July, 2016. This meeting was held in conjunction with the regular monthly Technical Luncheon Seminars hosted by the section.

The following representatives were elected for the 2016-2017 Executive Committee:

Afterwards, Daniel shared a preview of the year ahead for the chapter and promoted the upcoming APOGCE conference in Perth, October 2016.

The slides shared during the AGM are available here.

Following the AGM, Chris Fair (Oilfield Data Services Inc.) provided a technical presentation on the topic of “Using Automated Reservoir and Production Engineering Tools to Make Quicker Decisions.” Chris explained how the automation of production data cataloguing can save time for engineers, allowing a bigger focus on the fundamental analysis and interpretation of data. Slides from Chris’ lecture.