Posted by Danielle on 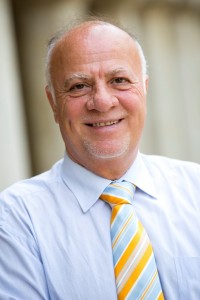 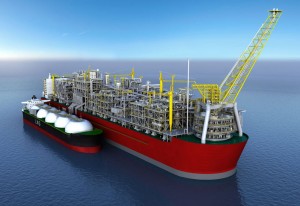 The Prelude Floating LNG will be the first floating structure concept which incorporates facilities for liquefying natural gas at -162ºC, in addition to upstream production facilities. The produced LNG is stored in cargo tanks on the vessel and is offloaded onto LNG Carriers for transport to market.

The liquefaction process requires significant cooling water which is pumped onto the vessel through 8 Water Intake Risers from a depth of 150m below the sea surface. This presentation describes the Water Intake Riser concept developed to deliver the cooling water, covering the main design requirements and how these requirements have been satisfied. Because this is a new innovation, significant testing and analysis have been carried out to validate the design. The significance of such testing to de-risk all new components and confirm their performance is illustrated with reference to tests for Vortex-Induced Vibration of the riser bundle, strength testing of the riser top assembly and fatigue testing of key components.

Obtained BSc and MSc, degrees in Civil & Structural Engineering, University of Manchester, UK and PhD in Offshore Engineering also from University of Manchester. Mike has worked with Shell for over 30 years in a wide range of roles, including research and development and execution of major projects including the Sakhalin Project offshore Russia and the Prelude Project. In his role as Engineering Manager for Offshore Structures and Metocean, Mike was Technical Authority for aspects of Floating LNG technology in Shell and holds several Patents on aspects of the technology.

After retiring from Shell in 2013, Mike was appointed Professor of Offshore Structures at University of Western Australia. He also maintains a part-time role as Technical Consultant to Shell with a focus on FLNG and Deepwater production systems.