Young Professionals Tech 101 Series: Will your Well Test Flow? – A Case Study in Exploration of the Exmouth Sub-basin 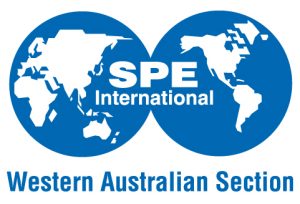 30 spots available – sign up below to claim your spot

Decision Making in Exploration: The Novara discovery well was drilled and tested in 1982, but failed to flow oil to surface. The 16.7⁰ API dead oil recovered from the test string was judged too difficult to produce and no further exploration drilling in the area occurred for many years. Despite discoveries of similarly biodegraded oils at Vlaming Head-1, West Muiron-5, Wandoo, Vincent and Enfield, decision-makers were reluctant to commit to drilling the Coniston prospect directly adjacent to the Novara structure for concerns any oil discovery would be unproduceable.

This case study will explore how to extract maximum value from scarce data through identifying parameters with greatest impact and how missing data can be inferred indirectly or simply estimated where their influence on results is minimal.
Mark will discuss application of basic Petroleum Engineering skills to a multidisciplinary study of an exploration prospect in the Exmouth Sub-Basin leading to successful drilling and testing of a discovery well.

Mark Jackson: Mark is a Petroleum Engineer with over 37 years of experience.  His roles have included wireline logging with Schlumberger in the North Sea, Spain and Australia.  Onshore production and reservoir engineering in the Eromanga, Surat, Amadeus and Perth Basins.  Nodal, production optimisation, PVT and reservoir engineering with Petroleum Experts Ltd in Edinburgh before joining BHP Petroleum in Melbourne as a Petroleum Engineer supporting exploration and production operations in Australia, Iran, Pakistan, Thailand and the US Gulf of Mexico. He subsequently moved to Perth with BHP with roles including North West Shelf Joint Venture Technical Support Lead and Production Engineering Manager for BHP’s operated production in Australia.  He recently retired from BHP to pursue a research program addressing formation and flow properties of oilfield emulsions.

Cost:          This event is FREE  and is proudly sponsored by Halliburton Australasia.

Lunch will be provided

Special Thanks to this event’s sponsor: