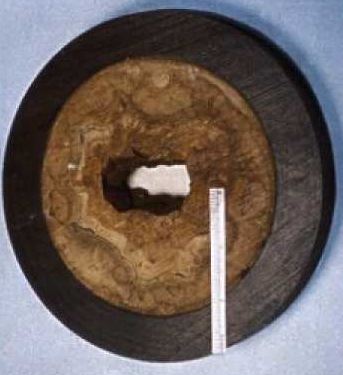 Wax deposition significantly affects the deliverability of produced fluid along its journey from porous media through the wellbore to the production facilities. Solutions for wax management include, but are not limited to, chemical, mechanical and/or thermal or a combination. Wax management has always been a key concern for Dragon Oil offshore Turkmenistan. Wax depositions in the wellbore of most producers has driven Dragon Oil to adopt different approaches to handle this critical issue. However, optimizing these approaches is of a paramount importance, especially in today’s industry situation and considering the weather changes and logistical challenges while working on controlling wax related issues.

A wide range of wax management strategies is practiced to prevent, mitigate and remediate wax deposition. Several studies have been conducted to investigate root causes and to develop the most practical solution for wax management starting from downhole to the onshore facilities. Chemical injection and mechanical Slick Line (SLK) well interventions are the techniques most commonly practiced in Dragon Oil to manage the deposited wax in the wellbore (~ 100 jobs of wax cut/week and ~ 700 liters/day of wax inhibitor-optimized dosage). Compliance Sheets were designed and being optimized on daily basis to manage such intensive well intervention. Modifications to drilling Basis of Design (BoD) allowing chemicals injection at different depths/dosages and wellhead area thermal treatment are examples of precautions that being followed to secure wax free flow.

Wells that are completed in “A-Sand” reservoir have severe wax challenges due to high wax appearance temperature (WAT). Having BHFP < BPP and WHT < WAT makes wax precipitation and deposition an imminent phenomenon. In addition, several studies showed that the above combination along with fluid properties and potentially low velocity contribute to more wax deposition in the tubing.

Furthermore, harsh weather adds more challenges to the Company’s efforts to manage flow assurance related issues. For example, delays in Slick Line operations due to difficulties in mobilizing SLK units allow more soft wax to build up and become harder at different depths. As a result, significant disturbance in the wells productivity and flowlines deliverability is observed causing losses in the field total production. Plugging of chemical injection systems (control lines and nipple), as first guard in some wells, adds another complication to deal with de-waxing management in the field.

Dragon Oil has also successfully applied a few surface thermal means to manage wax deposition in surface facilities that will be discussed also in this study highlighting monitoring, surveillance and optimization efforts.

Last three years, Dr. Sameh Macary has been with Dragon Oil – Turkmenistan as Senior Petroleum Engineer. He moved to Dragon after 8 years with Chevron in Australia NWS Asset and Kazakhstan Tengizchevroil. Before Chevron, he was the Chief Reservoir Engineer in IPR Group of Companies, a Dallas based Co. His career in Egypt includes 8 years with GUPCO (the biggest Egyptian JV with AMOCO, then BP) and 3 years with DCS-Schlumberger as part-time consultant. Dr. Macary was the Production Department Head and Petroleum Engineering Professor in Egyptian Petroleum Research Institute.

Sameh got his PE degree with Honor in 1981 from Cairo University and got appointed as instructor for two years in the Eng. Math & Physics Dept. Mr. Macary holds M. Sc. (1985) and Ph. D. (1988) degrees in Petroleum Eng. from State University of Oil & Chemistry in Azerbaijan.

Dr. Macary served in SPE Egypt, Western Australia, Atyrau and Ashgabat Sections in almost all positions. He represented Egypt in the ME SPE Council, participated in organizing a number of SPE ATW and Conferences. He has authored and co-authored 22 SPE Papers. In 2006, Dr. Macary was awarded the Regional Technical Award for Reservoir Description and Dynamics in the Middle East. He became a SPE Distinguished Lecturer for the season 2007-2008. He became the recipient of the “Outstanding Section Chairman Award in 2015” and the International DeGolyer Distinguished Service Medal in 2017.