SPE WA is proud is bring you Ahmed Samir Ibrahim from BHGE to discuss the use of nanotechnology for wellbore strengthening and differential sticking problems in highly depleted formations.

It is a challenge to drill in highly deviated or horizontal holes across the highly depleted formations. Wellbore instability, differential sticking and mud loss are frequently encountered problems while drilling a depleted reservoir in deep HTHP wells. Long-term production caused formation pressures to be highly depleted, and drilling became more challenging with considerable non-productive time. Therefore, it is necessary to identify a fluid’s solution when other options with casing zone isolation are not viable. Traditionally, oil-based mud (OBM) was used while drilling these formations with limited success.

A customized fluid system was designed to overcome the issue of high overburden pressure in depleted formations targeting effective bridging, minimizing pore pressure transmission and strengthening the wellbore. A nano-size deformable synthetic polymer, along with sized calcium carbonate and graphite, was identified to effectively plug the pore throats and minimized the fluid invasion, which was confirmed by particle plugging tests.

A well section was identified to comingle the highly depleted and pressurized formations. This was the first attempt on a high-angle well with deep drilling operations in Kuwait and was performed to facilitate the successful drilling of the reservoir. Traditional OBM was converted to a customized fluid system using a nano-size polymer and sized bridging additives based on proprietary software selection and series of laboratory tests. Drilling, coring and logging were successfully performed for the first time in the commingle section without incident. There was no wellbore instability or differential sticking tendencies, less torque and drag, as well as enhanced wellbore cleaning in the high-angle sections.

This paper also presents the some of the successful applications of the nano-size deformable polymer in OBM to drill highly depleted formations in HTHP wells managing up to 3500 psi overbalance across highly permeable formations. 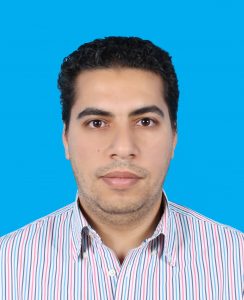 Ahmed graduated in Chemical Engineering from Cairo University in Egypt in 2004. He started his professional career as a Drilling Fluids Field Engineer with MI-SWACO (A Schlumberger Company) in 2005 working on several onshore and offshore wells for several clients in Egypt. Ahmed joined Baker Hughes as Field Engineer in 2010 working on onshore development and deep drilling wells in Kuwait. He was promoted to Drilling Fluids Operations Coordinator in 2014 handling development drilling operations in Kuwait and moved to Perth Australia as the Sales Manager for drilling and completion fluids product line for BHGE in 2018.

Co-author and presenter of 2 SPE papers: