July Lecture: Quantifying Subsurface Core, Log and Modeling Uncertainty with regard to Scale and Averaging 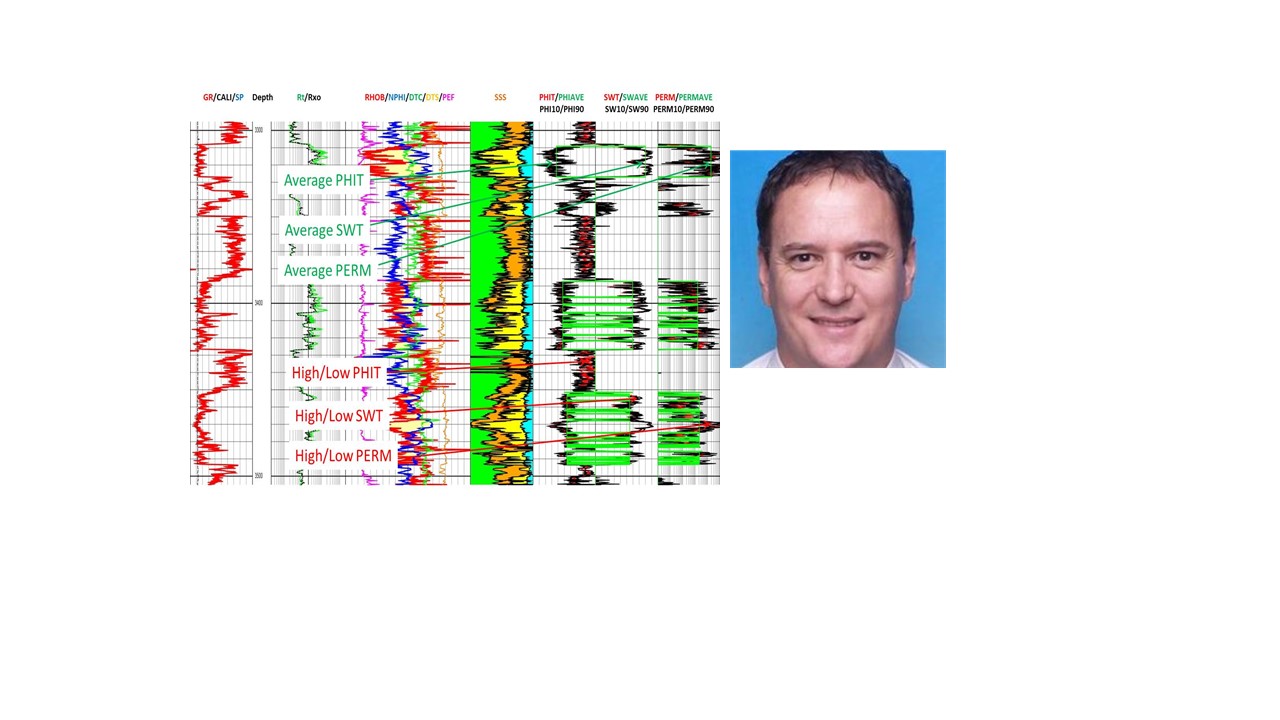 For the past 20-30 years predictions many major capital projects have been determined to be outside the predicted high and low case range. The vast majority of those predictions are below the predicted low case. Either the P50 case is not sufficiently accurate or the P10 and P90 uncertainty cases are too narrow. The origin of this uncertainty has not been addressed. Specifically the uncertainty introduced by averaging and upscaling has not been quantified.  The Petrophysical continuous log curve uncertainty of porosity will be shown to be 7%. The resulting permeability and water saturation uncertainties are of similar scale and will also be demonstrated and calibrated to core measurements. The primary source of uncertainty before application into the Static/Geological model is upscaling and averaging. The process of upscaling from core to log and log to model scales introduces uncertainty than is not commonly understood. The process of averaging reservoir/petrophysical properties introduces additional uncertainty. Loss of predictability of the reservoir heterogeneity and the increased spread of high and low case uncertainty due to averaging and upscaling will be demonstrated.

With examples from North West Shelf projects, each of these processes will be evaluated and quantified. It will become clear that the uncertainty of the Petrophysical interpretation continuous log curve is less than the processes of averaging and upscaling which in turn has less uncertainty than the prediction of reservoir properties in the Static/Geological model where there is no well control.

Wesley Emery gained a Post Graduate in Petroleum Engineering at Curtin University in 1997. He started his career as a logging engineer at Halliburton in 1990 and then Schlumberger in 1996 before joining Crocker Data Processing in Perth Australia for 4 years in 1998. Wesley then worked and analyzed data in South East Asia in areas as diverse as Brunei, Malaysia, Vietnam and Myanmar for 10 years between 2001 until 2011. Wesley joined Chevron in Perth in 2011 as a Senior Petrophysicist, working on the Barrow Island Oil field, Gorgon CO2 Reinjection project and West Tryal Rocks Gas appraisal field and reviewing all Fields in North West Shelf of WA. In 2015, he started his own company, specializing in 3D Petrophysics from Seismic. Wesley has been treasurer of FESAUS since 2013. Wesley has been in the industry for 27 years.